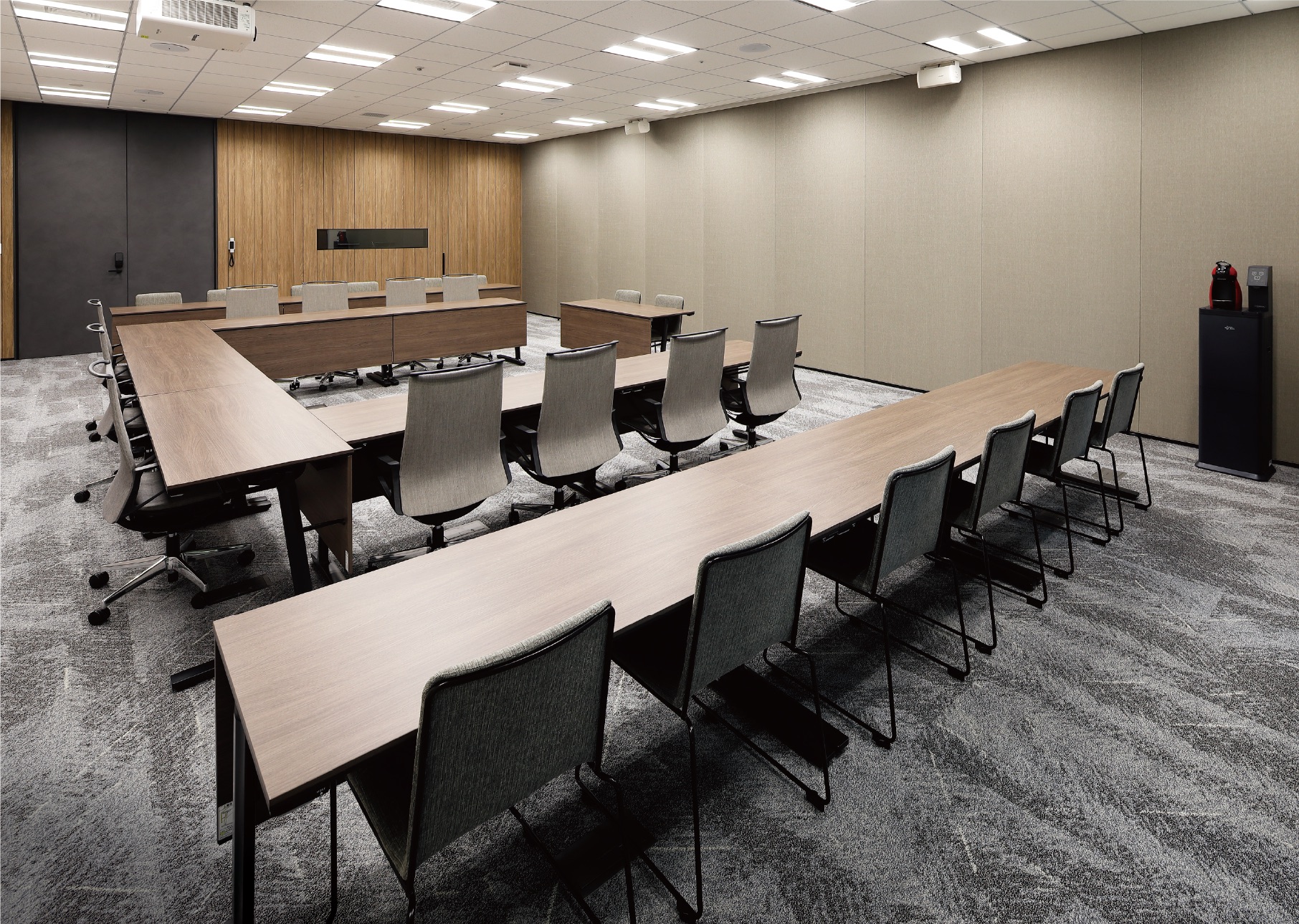 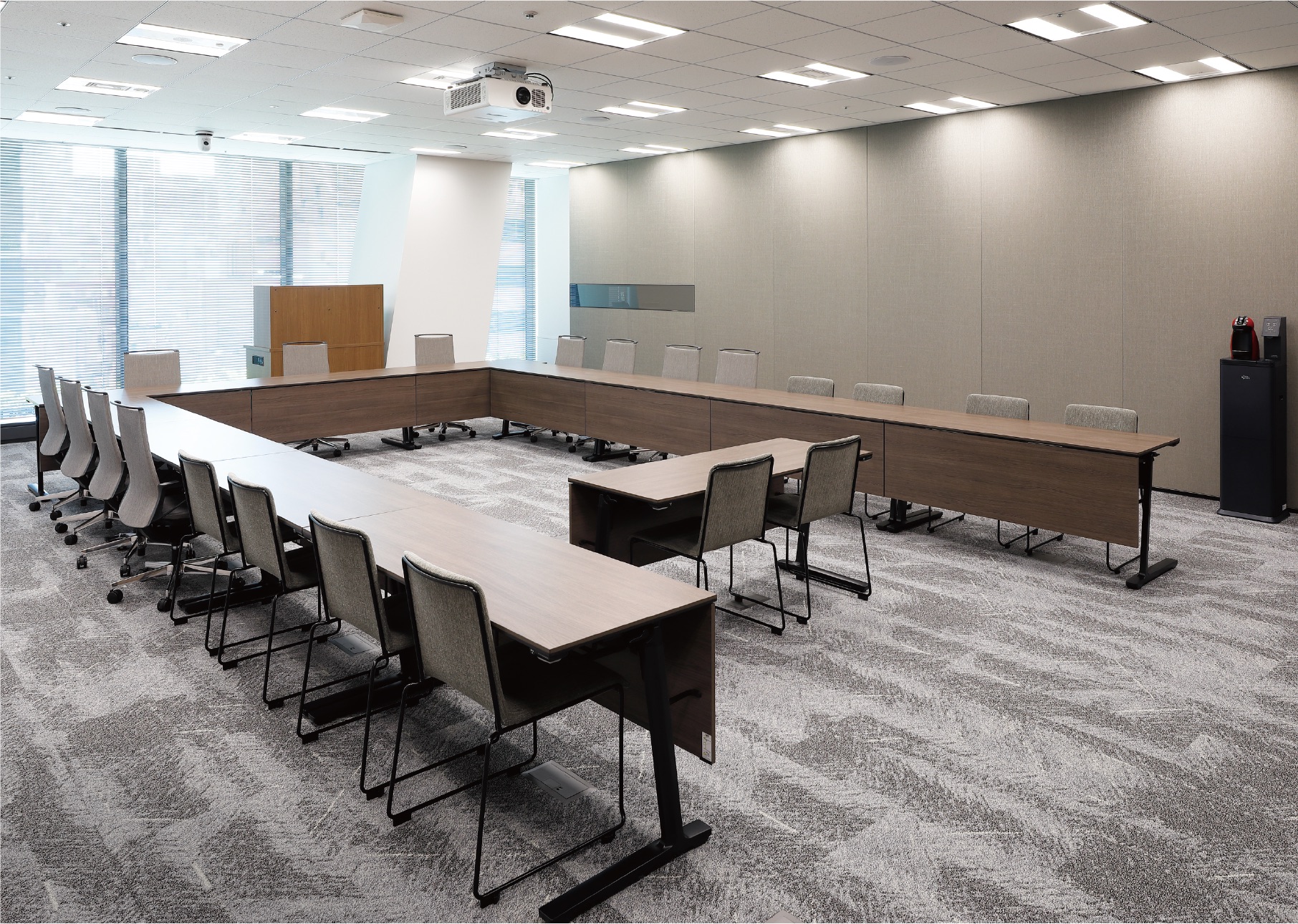 The Tokyo facility is equipped with two hearing rooms. At each hearing room, a 120-inch main monitor is installed. It is possible to utilize the simultaneous interpretation booth connected to the hearing room or the on-time dictation services. JIDRC is equipped with major videoconference platforms, and it is possible to hold virtual hearings (online hearings) connected to the outside. It is also possible to hold hearings and the like by connecting the Tokyo and Osaka facilities online or connecting multiple rooms within the Tokyo facility online. 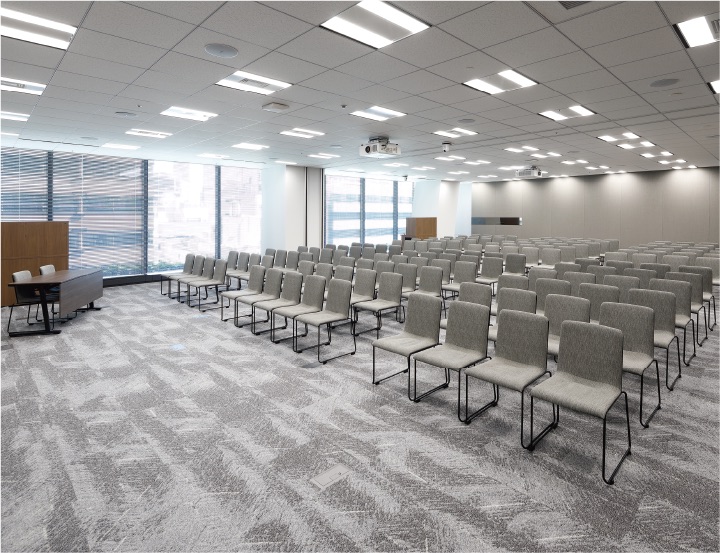 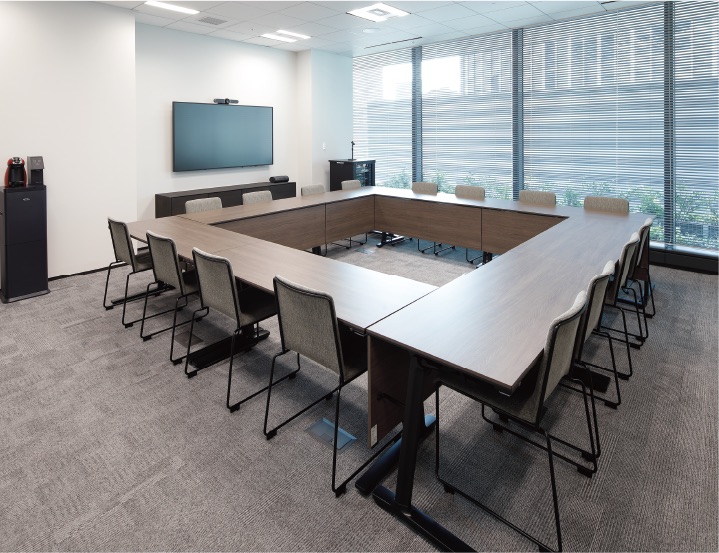 The Tokyo facility is equipped with six breakout rooms, which may be used for waiting rooms for arbitrators and witnesses and conference rooms. The monitors equipped in the breakout rooms can also display images of the hearing rooms. 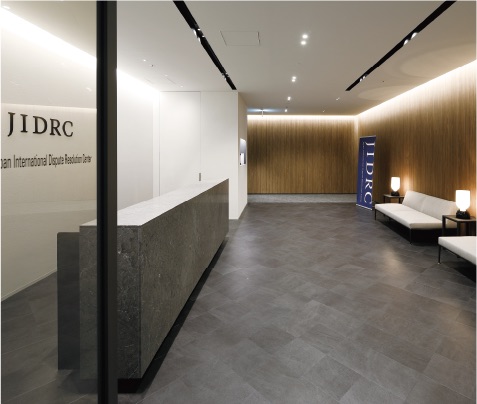 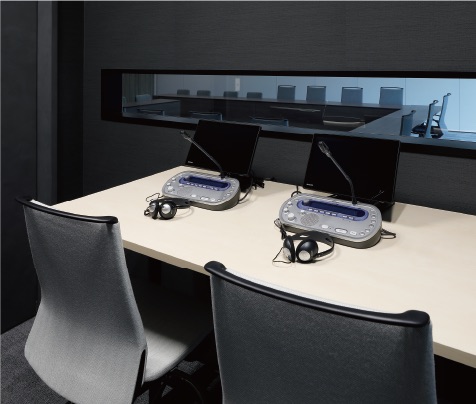 It is possible to use the permanently installed simultaneous interpretation booths and we can lend out the receivers. 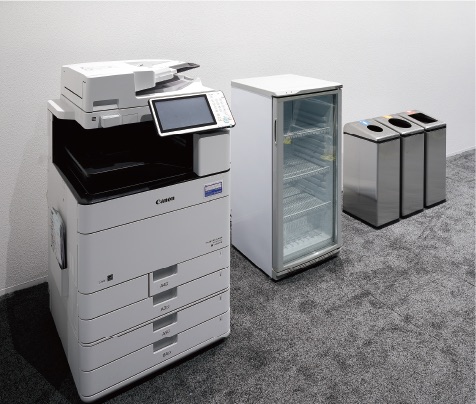 Users may use utilities such as multifunction machines (copying, scanning) (with charge). 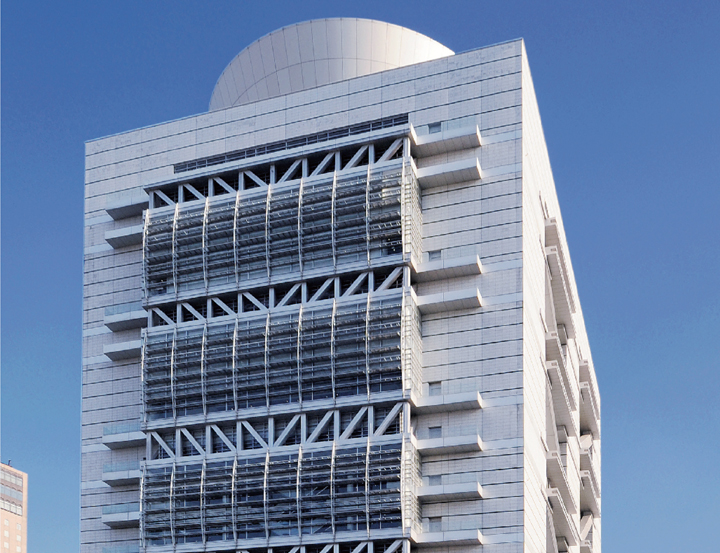 Grand Cube Osaka is an international conference hall located in the western area of Nakanoshima, Osaka, which has been redeveloped in recent years. It is equipped with conference rooms of various sizes, business center and restaurants providing catering to meet different needs of users. 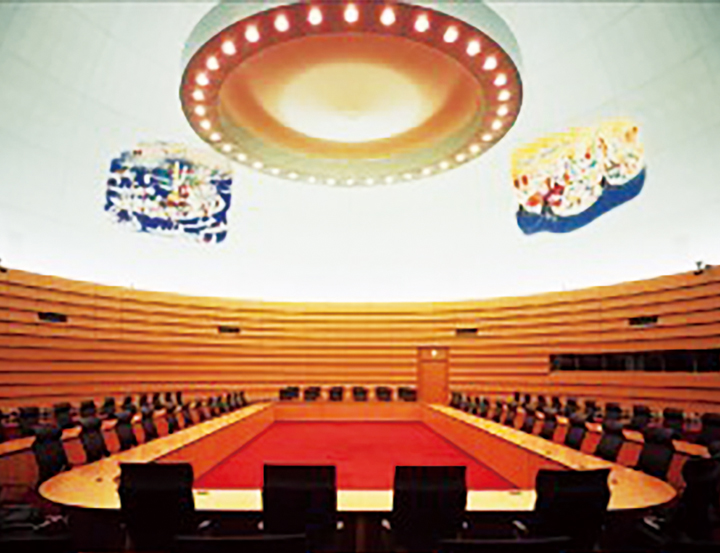 A special conference room with a beautiful oval room and a simultaneous interpretation booth is appropriate for large and prestigious hearings. 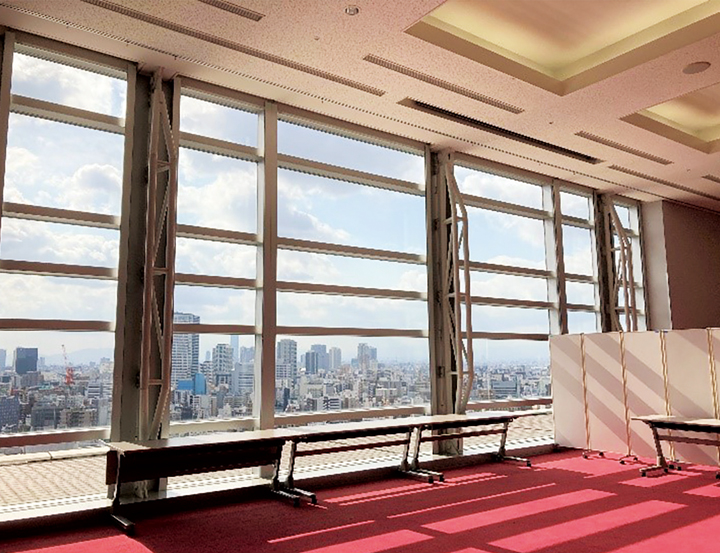 Attendee may enjoy a panoramic view of Osaka city from Room 1202 by rolling up the curtain. 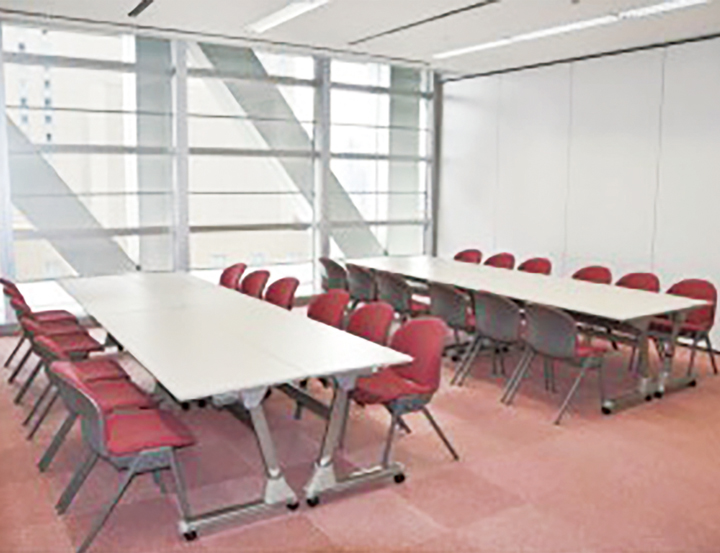 Many rooms suitable for a small hearing room, mediation session room or breakout room are also available. Wi-Fi is available in these rooms as well.

Reservations for using Grand Cube Osaka via JIDRC can be made more than a year in advance (with some requirements).
The facilities at Grand Cube Osaka can be used, in principle:
■ from 9:00 am to 21:00 pm （weekends and holidays are also available.）

2. Involvement and Stance of the Courts of Japan Towards Arbitration

With respect to arbitration cases, there are court cases which state that common interpretations with the arbitration laws of other countries and internationally applicable interpretations should be aimed in the interpretation of the Arbitration Act of Japan, upon perceiving that the Arbitration Act based upon the Model Law indicates the legislative intent that domestic law discipline should have contents which are common with other countries to the extent possible (the Tokyo High Court decision of August 1, 2018, Kinyu Shoji Hanrei No.1551 p.13).

Specifically speaking, in Japan, the “Act on Special Measures concerning the Handling of Legal Services by Foreign Lawyers” (Act No.66 of 1986) provides for the handling of legal services within Japan by foreign lawyers. Under the said Act, foreign lawyers who fall under (i) or (ii) of the following may represent in the procedures of international arbitration cases in Japan.

The JIDRC's Advisory Board's Subcommittee on Web-Based Hearings has prepared a report and recommendations on the suitability of the JIDRC's hearing facilities for online (virtual and remote) hearings, which are rapidly increasing in use due to the COVID-19, as well as a a sample agreement on virtual hearing.

Japan International Dispute Resolution Center publishes e-learning materials in Japanese on International as the commissioned project of Ministry of Justice.

I Introduction on International Arbitration

III Application for Arbitration and Appointment of Arbitrators

I Introduction on Document Production in International Commercial Arbitration: Part I

III Overview on Disclosure of Evidence

IV Practice on Disclosure of Evidence: Part I

Statement of Claim ~ Procedural Order No. 1: Part I

I Introduction on Court of Arbitration for Sport

V Overview of the procedure at CAS AHD

I Introduction on Anti-Doping 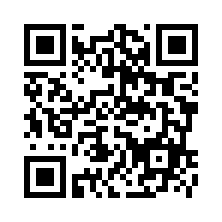 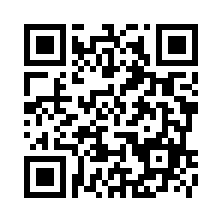 The Japan International Dispute Resolution Center (JIDRC) was established in February 2018 as an agency to contribute to the further activation of international arbitration and international mediation in Japan. Our main business is to provide affordable exclusive facilities in Tokyo and Osaka which are accessible and enabling safe stay, as the venue for hearings to arbitration and mediation institutions all over the world as well as ad hoc proceedings.

JIDRC operates its facilities so that all related parties, such as the party companies who are the users of international arbitration and mediation, their counsels as well as arbitrators and mediators, are able to find satisfaction in terms of convenience of use.

For the purposes of the above, JIDRC engages in various businesses for the arrangement of systemic, personnel and physical foundations.

We sincerely ask all users and those involved in the businesses of JIDRC to provide their candid opinions regarding our facilities and businesses. JIDRC wishes in earnest to receive such opinions and to develop into an agency which is further used and beloved by everyone.

JIDRC asked renowned arbitration practitioners overseas to become Special Advisors to receive their views on JIDRC and its facilities.

The Japanese Government is currently working to establish Japan as an international dispute resolution center, much as Singapore and other countries have done in Asia and elsewhere. The Government is taking steps to improve Japan’s attractiveness as a neutral venue for the resolution of transnational disputes through arbitration, mediation, and other forms of alternative dispute resolution (ADR). Today, globalized companies (including micro-, small-, and medium-sized enterprises) regularly bring their disputes to arbitration or mediation in London, Paris, Geneva, and Stockholm, even where the cases have little or no connection with those places.

The hope is that, through the reforms now being implemented in Japan, international businesses (particularly those situated in Asia) will opt in the future to have their disputes resolved in Japan in a fair, impartial, cost-effective, and timely manner. This will not only contribute to Japan’s economy, but more importantly will also enhance Japan’s worldwide standing and reputation as a country for the peaceful resolution of cross-border disputes.

The JIDRC is a vital component of this vision. It is more than just physical venues in Tokyo and Osaka where arbitrations and mediations can take place. It is also intended to be a focus for regular ADR-related activities (including international seminars, workshops, moots, and conferences) in Japan. To succeed in its ambitions, Japan will need the commitment and support of everyone in the community. The JIDRC is ultimately an organization for inspiring, galvanizing, and channeling that support.

Carita Wallgren-It is my great pleasure to have been selected as a special advisor to JIDRC along with Anselmo Reyes and Carita Wallgren-Lindholm and I look forward to working in close collaboration together and with JIDRC to strengthen its potential as an international arbitration hub.

The opening of new JIDRC hearing facilities in Tokyo and Osaka in 2018 and 2020 was indicative of Japan’s lasting commitment and support of arbitration. These new facilities of JIDRC will no doubt continue to act as a solid platform for arbitrations brought by Japanese and/or international parties. Moreover, the infrastructural support provided by JIDRC will also surely boost Japan’s attractiveness as a seat and jurisdiction which is partly grounded in a skilled judiciary, a neutral and impartial forum, and a pool of Japanese and international lawyers working together towards diversity and making Japan a leading jurisdiction.

The recent dynamic approach adopted by the Japan Commercial Arbitration Association in its Interactive Rules is another clear example of the continued betterment of Japan as a venue and jurisdiction for arbitration.

Now that Japan has facilities dedicated to arbitration and is taking initiatives to improve the arbitral process, I believe that Japan will cement its position as a natural arbitration venue in Asia and look forward to utilizing these existing strong foundations to further increase Japan’s international appeal in the arbitration world.

When selecting a seat or venue for an arbitration in a world where convergence of laws and rules for arbitration is already quite far reaching, other factors facilitating the smooth and efficient conduct of the proceedings come into focus. In addition to circumstances of infrastructure proper (hearing facilities and their technical standard, support professionals including interpreters and recorders etc) access to the venue remains an important element such as ease of travel and entry into the country (which both work effortlessly in Japan in my experience). But with many things being equal around the world, soft criteria such as attitude of those managing in-person proceedings become increasingly distinctive.

In my experience, it is difficult to find an environment where attitude is so positively manifested as in Japan: attention to every detail that may facilitate the task of the participants and their comfort, and efforts to arrange for what may not be there from the beginning. Due to the establishment of the JIDRC hearing facility after my last visit to Tokyo it may, however, be assumed that the wish list for any missing support functions or devices is very short today.

In addition to attitude, I continue to be impressed by the readiness of the Japan arbitration community to continuously ask their foreign peers how they could do things better and to continuously conduct open debate regarding their value proposition. That quality is not only agreeable, it also promises well for future development.

JIDRC was established to become one of the centers for international arbitration and mediation promotion in Japan in the civil sector, based upon the interim report of the “Liaison Conference of Relevant Ministries and Agencies Toward Invigoration of International Arbitration” of the Japanese Government. JIDRC performs operations of arbitration and mediation hearing facilities, education of professionals such as arbitrators and mediators, as well as public relations and raising awareness towards domestic and overseas companies and legal professionals.

The business execution of JIDRC is performed by the board composed of the maximum of 15 directors including the representative director. It also has an advisory board composed of experts both in Japan and overseas, which is entrusted to provide advice to the board from time to time regarding the operations of JIDRC in response to the inquiries of the board. The advisory board has two permanent sub-committees corresponding to the two main businesses of this organization; the facility operations sub-committee and the arbitration promotion sub-committee.